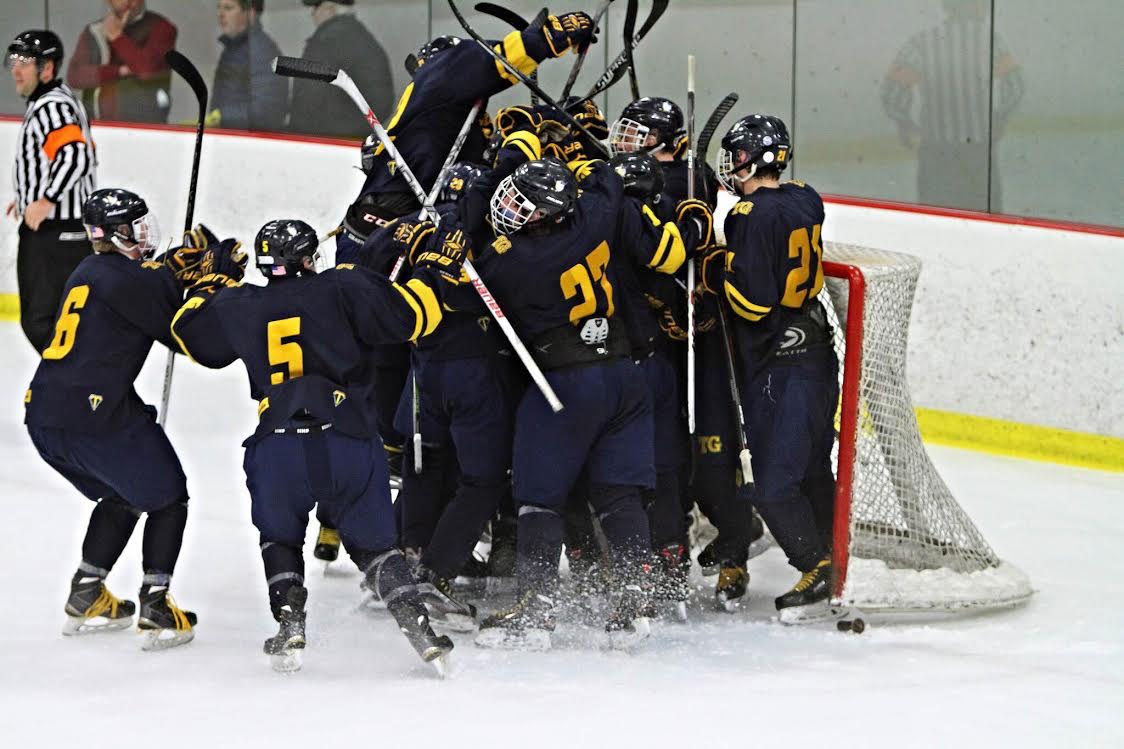 The boys hockey team added another win to their undefeated section record Wednesday night as they soared past the number one seeded Mahtomedi in their section semi-final game.

Ranked fifth in their section, being labeled as the underdog against the top team only motivated the boys to work harder. Senior captain Nick Holtan applauded the Zephyrs on a good game, but noted, “We played with more heart.”

On paper, Mahtomedi appeared to be the better team with a 16-6-3 record. The persistence and passion the Eagles brought to the ice shut the Zephyrs down, no matter the difference in record coming into the game. Down two goals after the first period, the Eagles answered in the second period by launching three goals past the Mahtomedi goalie with a 4-3 score to wrap with the first two periods. The boys did not let up, scoring three goals in the third to take the lead. With 22 seconds left and a six on four advantage, Mahtomedi added one to their four goals, only trailing by one. Their goal was not enough to top the Eagles, ending the game with a well-deserved victory.

An exciting energy flowed through the Roseville arena Wednesday night from the Eagle fans, but also hopeful hearts as a number 14 Totino-Grace jersey hung above the Eagles bench. A Totino-Grace boys hockey alumnus was seriously injured following a junior hockey game in Chicago just days prior to their section semi-final game. The jersey hung above their bench in support for his recovery.

The boys will take on second seed, St.Paul Academy, in the section final tonight at Roseville Ice Arena, the last step in their trek to the Xcel Energy Center for the State Tournament.