Robotic Umpires are coming to the MLB soon 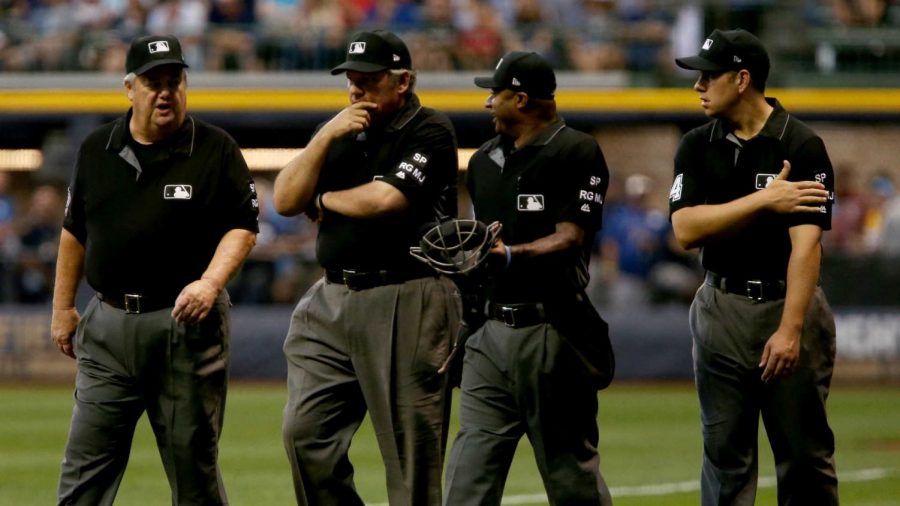 The phrase has been popping up around the league in the last few years. Is there any credence to the idea? Should it happen, or should it not? What does the term “Robotic Umpire” actually mean?

Human umpires will still make “out” calls, balks, foul balls. But robotic umpiring will be a technology to call balls and strikes without human error.

The Atlantic league, an eight-team independent professional league, partnered with the MLB recently. They implemented an automatic ball/strike system as an experiment. If this system makes it to the MLB, the way it will work is through an earpiece that an umpire will be wearing. The Trackman will identify the pitch’s location, and then tell the umpire if it’s a ball or strike.

How will this look for baseball in the future? Will it change it for the better or the worse?

Phil Trovato, who is a big New York Yankees fan and knows quite a bit about baseball, wants to have this tech implemented in the MLB. Trovato says that “Having a consistent strike zone will even the playing field, since pitchers have a huge advantage.”

There is definitely evidence to back that up. The MLB has seen an advantage toward the pitchers in the last few years, but 2021 stands out. This year has been the year of no-hitters, foreign substances, and strikeouts at an alarming rate.

Since 2015, the strikeout rate has raised 5.7 percent, according to overtimeheroics.net. We are seeing flamethrowers on the mound today, velocity has gone up, the spin rate has stormed the league, foreign substance abuse has become a major issue. All of these things make pitchers so much better than they used to.

In a podcast, a former yankee pitcher C.C. Sabathia believes we will have .400 hitters if we have robotic umpires. If that is the case, there will be a huge change to a high-scoring league, which fans will want to see. Trovato really emphasized that this is something that should happen, and there are valid reasons to believe that.

“There are a lot of small things that will change too. The games will be sped up with less ball/strike arguments, umpire bias, and ejections,” Trovato said. He also believes we will see things like framing pitches become a non-factor. “Fooling an umpire shouldn’t be a skill to win games,” he said.

Kent Kocur is against the idea of having this tech implemented. “Why all of the sudden do we have to have robots make our calls? We have been using human umpiring since day one and it has gotten us to this point.”

Kocur also believes this will affect the authenticity of the game of baseball because of what he said before. There is a possibility this could ruin the game for loyal fans of the MLB.

The human element of officiating has always been in sports, and bad calls happen every day. We have basically become OK with having non-players affecting the outcomes of games, so why change it? Having umpires is authentic, and changing that will possibly damage it.

In the next five years, robot umpires likely could be all throughout baseball. We will see how it plays out in the next few years though as it will go through the minor and into the major league. In the end, we want baseball to be an even playing field for hitters and pitchers, and if that’s what we are going to get with robot umps, then that’s great.