The Threat of Global Warming 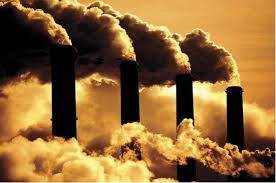 Global Warming, often referred to as Climate Change, is defined as the gradual increase in the earth’s atmospheric temperature. The prevention of the threat of global warming has been in many conversations, and many world leaders have made attempts to lessen the risk, while others have made no steps towards change.

The Environmental Protection Agency, established by Richard Nixon in December of 1970, is in charge of protecting human and environmental health. By assessing the environment and gathering research to create standards necessary for the safety of humans, the ETA attempt to protect the natural environment.

There has been a consistent rise in temperatures across the globe. According to NASA, 16 out of the last 17 years on record have occurred since 2001.

While greenhouse gases can occur naturally, an excess amount is harmful towards the planet. According to the United States Environmental Protection Agency, the largest sources of greenhouse gases come from electricity production, transportation, industries burning fossil fuels, commercial and residential activities, and agricultural activities. According to CNN, there has been an increase in greenhouse gas emissions by close to 4 percent since the 19th century. The combination of the rising sea levels with the warming of the ocean over the past decade has even been making hurricanes cause more destruction than they would have caused in the past.

There are many alternate ways to help combat global warming. For example, small actions like buying LED light bulbs rather than others can lessen the harmful impact that is made by a household on the environment.  Using alternate forms of energy, including solar energy, which has begun to decrease in price over the past few years; According to Solar Energy Industries Association, the cost to install solar panels has decreased by over 70% since 2010, also helps. According to Ecotricity, as a nonrenewable resource, fossil fuels are expected to run out by almost 2088 at the current rate that they are being used.

Pollution has been causing a problem for the earth’s climate. Every small action, including turning off the light after leaving a room, and using less water, can greatly help the environment’s health.