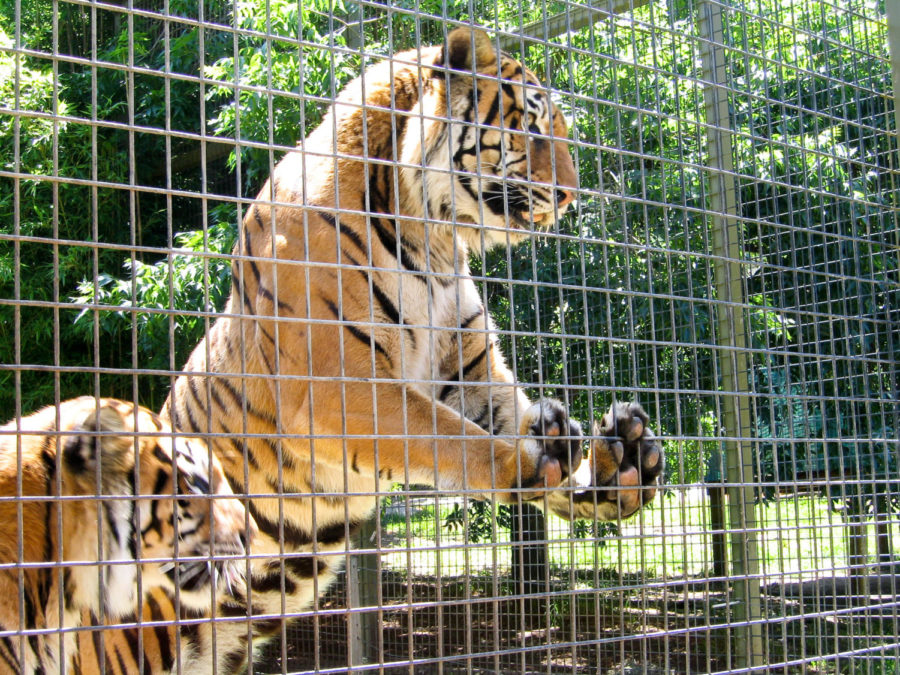 When you imagine zoos, it may take you back to your childhood. Thinking back on it, thoughts you had were always good. It was fun and you saw exotic animals that you do not see on the daily. But what really goes on behind the scenes of zoos? Do they really treat the different species the way they need to be treated to survive?

In 1752 the first modern zoo was established in Vienna, Austria. Millions of people visit numerous of different zoos, exhibiting that humans never grow tired of observing wildlife. People debate if zoos are a place of thriving education or prison to animals. Some people argue that zoos play an important role in research of different species but others counteract that. So are zoos really good or really bad?

Zoo environments have improved a lot. In the last 4,000 years, they have gotten rid of the steel-bar enclosures and cement cages. Nowadays they have “cages” that resemble the animals habitat so it isn’t as hard on the animals. The way to capture animals has also changed. They go through captive breeding programs instead of capturing them from the wild. Some zoos also take in abandoned animals. Zookeepers are starting to understand that animals need activities to keep them active. Another positive view of zoos is that scientists get to research wild animals that if they were kept in the wild they would not to as easily observe them. Finally, zoos impact human beings. They are there to entertain and educate on different species we don’t see in the everyday world.

There are plenty of Pros to zoos but there are also cons to them. An elephant names Maggie was helped in the Alaska Zoo. She had to spend days in a small indoor enclosure because of the frigid weather. The zookeepers brought in an elephant sized treadmill so the elephant could exercise. It is hard to provide for animals that are big like elephants. Elephants need ample amount of space to roam and live. In zoos, they are lucky if they get a few acres and a roomate.

A large amount of animals exhibit distress the animals. Zoos have a hard time fulfilling the needs for animals. Animals like zebras and and guiselles need miles to run along and aardvarks need a specific diet that is hard for the zookeepers to keep up with. There are 145 reintroduction programs carried out by zoos and only 16 truly succeeded in restoring population of wildlife. A study shows that people who visit zoos are not actually benefiting as much from the education part of the zoo as most people think. Most people are talking to each other about unrelated topics and only spending a few moments looking at the display.

It is 50-50 whether zoos are good or bad for animals. It depends on what zoo is being visited and whether the argument is based on a single animal or the whole zoo in general. It is situational if the zoo is actually good or bad.