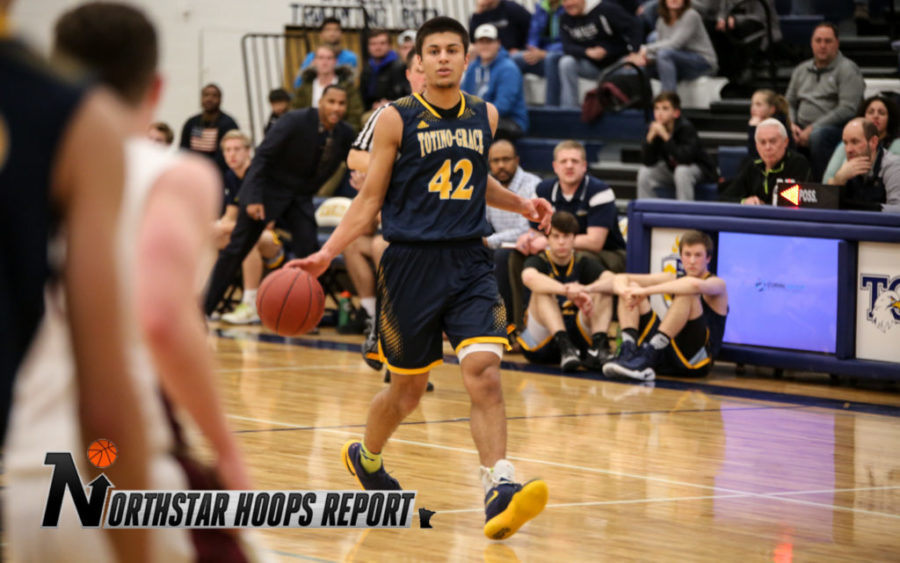 Totino- Grace senior, Charlie Jacob, scored his 1,000th point in basketball just last week during their home game against Park Center. Charlie has been playing basketball since first grade and developed a passion for it as a young 6th grader. He has been playing varsity since his freshman year at Totino- Grace High School, and often continues practicing even after his practice is over. Charlie says, “I stay after so that I can get extra reps so that I can separate myself.” He has developed relationships with the janitors at Totino- Grace who have asked him to leave when they are closing up the school late at night.

Charlie has scored over 1,000 points during his high school career. “It means a lot to have scored 1,000 points,” Charlie says, “It has been a long journey, I’m grateful for everything and everyone who has guided me to this point.” This accomplishment does not happen without motivation and hard work. “I work hard so that I can show the best side of myself. I am motivated to see the best parts of me in every area of my life,” Charlie says. Charlie works hard on and off the court. He is a member of the Kathleen Murphy Scholars program, which means that he must take a rigorous course load as well as keep his grades above a 3.8 GPA. It is obvious that Charlie makes school a priority by meeting and surpassing these requirements year after year.

Next year, Charlie plans on attending Washington University in St. Louis. He has hopes of playing basketball and studying business there. Charlie is a great example of someone who works hard and never gives up, and he is someone who should be celebrated in the Totino- Grace community for his achievements on and off of the basketball court.