Review on the Movie, Wonder 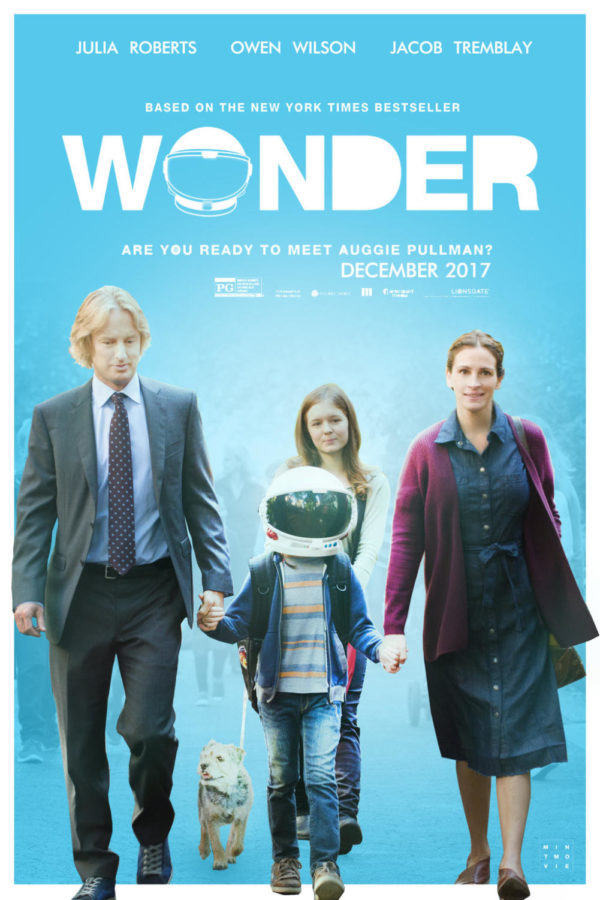 Originally a book, the movie Wonder is about a boy named Auggie who was born with a facial deformation. His parents are struggling with the idea of him growing up, because he is now old enough to go to middle school. Auggie has an older sister who plays a vital part in his life as his third caretaker. She has also been struggling because all of her parents attention goes to Auggie and his life and she feels lonely. Throughout the movie, Auggie gets used to going to middle school but gets made fun of and stared at by the other kids. He makes a friend along the way and ends up impacting the whole school in a positive way. He changes the way the middle school kids view appearance and how they shouldn’t judge a book by its cover.

As much as I thought the story was very touching, it could have made a greater impact. I would’ve given it 6/10 on the scale. It was a very average movie, while I thought the book was very good. What could’ve made this movie better was if it portrayed a deeper message. Because this movie was about physical image, I believe they could’ve introduced deeper concepts. There was no big conflict throughout the movie so it felt like we were waiting for something to happen, even though nothing ever did.

At the end of the movie, Auggie wins an award at his 5th grade graduation. The award is given to someone who has a kind heart and has impacted the school in a very positive way. I did enjoy the ending because it left you with a good feeling to finish off Auggie’s story.