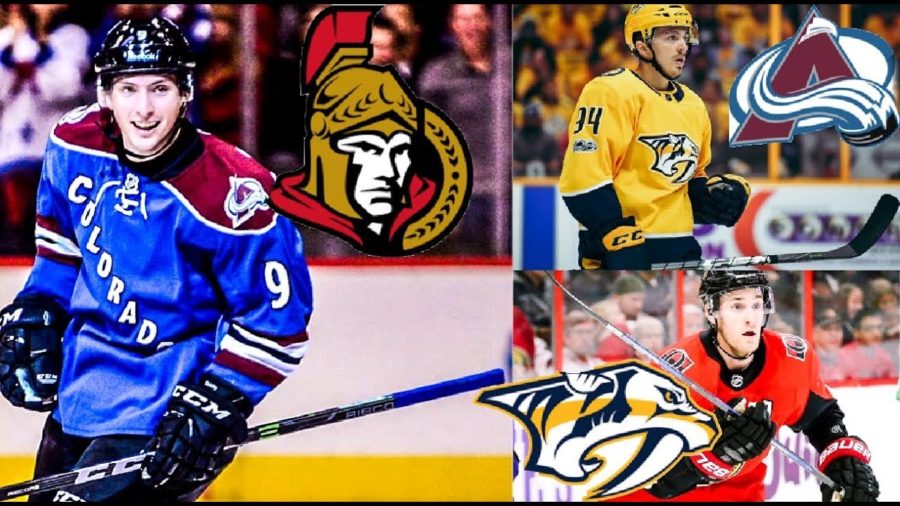 In the NHL there are not many blockbuster trades especially not the early parts of the season. NHL teams usually make trades during the offseason and at the trade deadline.

Many players do not like the being traded because of the process; they need to meet their new teammates and coaches. The player even needs to find a place to live. There is a lot more that goes into someone getting traded then just packing and leaving. Some players ask to be traded because they’re having trouble with a teammate or even a coach, or the player just wants to go to a team who has an opportunity join a playoff team.

The Colorado Avalanche, Nashville Predators, and Ottawa Senators were all apart of a three-way trade. This was the first blockbuster trade of the year and possibly the only one. All three teams benefited and gained key players they would need to grow and even make a playoff run in April. Matt Duchene was sent to Ottawa, Kyle Turris was sent to Nashville, and Colorado received defenseman Samuel Girard, forward Vladislav Kamenev, forward Shane Bowers, Goaltender Andrew Hammond, first round pick, second round pick, and the third-round pick.

Matt Duchene was the main name in the blockbuster trade; he was traded to the Ottawa Senators.  For around a year Matt Duchene asked general manager, Joe Sakic, to be traded. He didn’t ask because he was having trouble with his team. It was because the Avalanche were on the bottom of the league for the couple years. He also wanted to be on a playoff team and have a chance to go to the Stantly. Duchene said “It was the hardest request he has ever made”. Colorado Avalanche was his favorite team as a kid and Joe Sakic was his idol as a little kid, and that was the guy he needed to ask in order to be traded.

The Nashville Predators made it all the way to the Stanley Cup final against Pittsburgh Penguins last season and lost in game 6. Their center position was not as strong enough and did not have a high-skilled player. They gained a second line center, Kyle Turris, to help their depth. He brings leadership to the squad, he was an assist caption to Erik Karlsson in Ottawa. This season Turris has earned 12 points in 13 games.

The Colorado Avalanche received the most players and draft picks. Joe Sakic knew he had a high-end player in Matt Duchene, and was only going to trade him for beneficial aspects to the Avs. Samuel Girard was the big face coming into the organization; he is a 19-year-old developing defenseman who has a lot of potential in the NHL. He’s considered a flashy offensive-defensive and will help the Avs defense and offense. Colorado had the worst powerplay in the league last year and Girard could help it with his offensive skills.

The Avalanche is a rebuilding team because of the young drafted players and new draft picks. The Avalanche will be contenders in a few years.