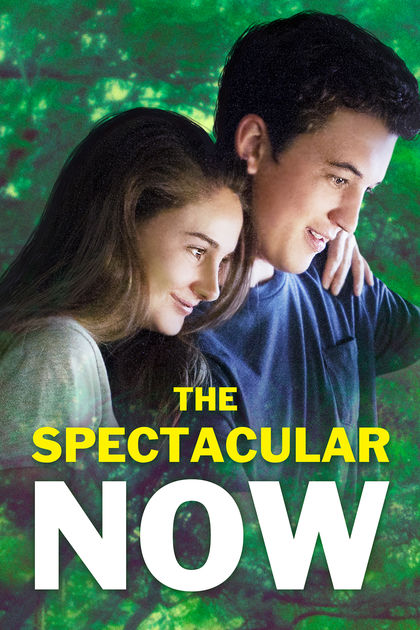 The Spectacular Now, directed by Roger Ebert, is a flirty, coming of age story about two teens who fall in love. A sweet and innocent girl, Aimee, begins dating the charming and popular senior, Sutter who awoke on her lawn after a night of heavy partying. This starts an unlikely, passionate romance between the teens. Problems arise when Shutter is nearly killed in a car accident. Aimee is blind to the real feelings of Sutter who is seemingly still in love with his ex-girlfriend, Cassidy.

The blindness of Aimee frustrated me as a viewer. She seemed so unaffected by what Sutter was doing to her. Not only did he cause her to get hit by a car, she changed into an entirely different person once she met him. She was so innocent and naive, it seemed as though by the end of the movie she really cared what people thought of her. She also began to drink due to Sutter’s binge drinking. This also seemed to not affect her which for me, was the main point of frustration. She was so unrealistic when it came to the life she wanted with Sutter. She believed everything was going to go perfect and without any bumps along the way. It was almost like she wasn’t thinking about herself at all anymore, although she obviously deserved better than him. The audience repeatedly tries to give Sutter more chances to impress Aimee, even though he doesn’t deserve it. And in the end, he lets the audience down, and overall the entire movie leaves you feeling confused and frustrated.

The movie receives two stars in our opinion but a four-star rating according to Common Sense Media. The Spectacular Now fails to have a resolution and is filled with many cheesy scenes. The chemistry between Sutter and Aimee is very awkward, making romantic scenes hard to watch. At the end of the movie, Aimee asks Sutter, drunkenly, to move to Philadelphia with her, drunken Sutter agrees, but it is obvious that he does not want to go. In the final moments of the film, Aimee is waiting for her train to Philadelphia and Sutter fails to show up, or even leave her a message. Throughout the movie, Sutter seems unsure of his love for Aimee and pushes her away when she is caring for him. Sutter’s uncertainty and Aminee’s innocence makes their interactions awkward and the audience uncomfortable during romantic scenes.