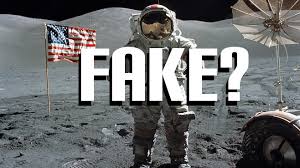 With technology becoming more advanced, an increasing amount of conspiracies are being created surrounding the government, society, and political issues. One popular conspiracy proposes that a secret group called the Illuminati has been controlling the government and the world. Many people have been said to be apart of this group, especially mainstream pop stars. According to Youtuber Shane Dawson, the leaders of this group are apparently Beyonce and JayZ. Speculators claim that the group’s end goal is to create a New World Order, which will give them total control of the whole world.

The events of 9/11 are also a popular conspiracy theory because many people believe it was an inside job. A group called the “Truthers” has emerged, and speculate that the terrorist attacks on 9/11 were actually executed by the Bush administration. The “Truthers” believe former President George W. Bush knew about the attacks beforehand and allowed them to happen, ultimately allowing the United States government to invade Iraq. The “truthers” say that the World Trade Center Towers fell by way of a controlled demolition. Their reasoning for this is because of the way the towers fell. The towers fell straight down instead of being tipped over. The conspirators state basic physics can explain how the towers should have tipped from the impact of the plane instead of falling straight down. The “truthers” believe that bombs were placed in the World Trade Towers to ensure that the towers would fall straight down, limiting the damage to nearby buildings.

One of the most famous theories in American history is the faking of the moon landing in 1969. According to TIME Magazine, many people believe the moon landing was faked to beat Russians in the space race. In pictures and videos of the event, the American flag appears to be flapping as if “in a breeze.” Apparently, this is proof that the moon landing is fake because there is no breeze in space. According to spaceflight historian Roger Launius, this accusation is false because the flag appeared to be moving due to the fact that the astronaut had just placed it there, and the inertia from when the astronaut let go kept it moving.

According to writer and filmmaker, Paul Ratner, modern researchers explain conspiracies as a way to explain events and politically persuade the public. People are interested in conspiracy theories because it allows them to feel control of their lives, choices, and beliefs. According to the Washington Post, 50% of Americans believe in some conspiracy theory. Conspiracy theories are nearly everywhere and people need to be alert that not everything on the internet is fact.