Stephen Paddock opened fire on Route 91 Harvest Festival on the night of October 1, 2017. CNN provided the facts: 59 people were reported dead and over 500 people were injured. Between 10:05 and 10:15 the 64-year-old gunman fired hundreds of rifle rounds from his suite on the 32nd floor of the Mandalay Bay hotel. The gunman smashed two windows with a hammer and opened fire above 22,000 concertgoers. About an hour and fifteen minutes went by before a SWAT team broke into his hotel room.

The gunman was a 64- year- old multimillionaire and a retired accountant. He resided in Mesquite, NV with his 62- year- old girlfriend who was out of the country at the time of the shooting. According to NBC, his father, Benjamin Hoskins Paddock, was a bank robber who was on the FBI’s most wanted list after escaping from prison in 1968.

It was reported that Paddock may have targeted other music festivals. According to Marriott Hotel representative, Emmy Carragher, Paddock reserved a room at Chicago’s Blackstone Hotel during the Lollapalooza Music Festival in August.

This shooting was the largest mass shooting in the history of the United States. Among the dead and injured were several Minnesotans, including a Concordia Academy graduate who is in critical condition. President Donald Trump commented on the event stating that the massacre was “an act of pure evil.” 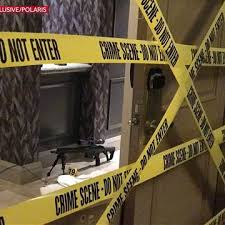