The Power of Body Image 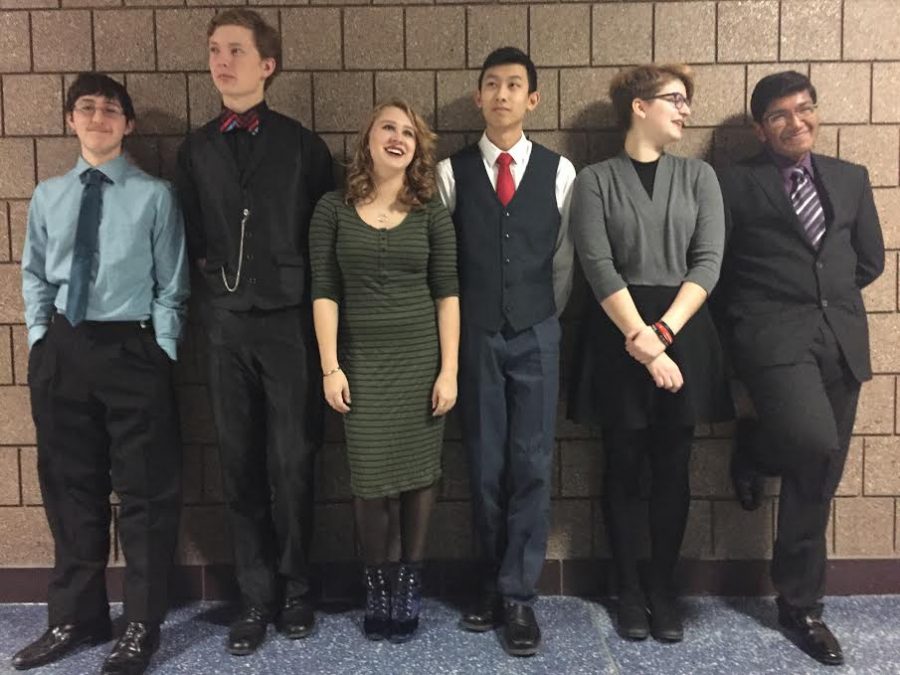 Body image is defined as “the way someone perceives their body and assumes others perceives them.” (dosomething.org) The way we see ourselves is affected by the world around us. Things such as images we see on TV, the way our families talk about their own bodies, and how our friends dress and talk about their own bodies all affects how we feel when we look in the mirror. Unfortunately, not many people are satisfied with that image anymore.
According to macmh.org, 50% of people are unhappy with their bodies. Most people are aware of these statistics. We all have our insecurities, it’s part of life. Having insecurities becomes a problem when we stop seeing these “flaws” as things that we personally don’t like, but as problems we should be ashamed of or need to change. When people only focus on the things they don’t like about themselves, they resort to dieting, sometimes even when it is unhealthy for them to lose weight or remove certain foods from their diet.

Negative body image is often seen as a only a “women’s problem”. According to dosomething.org, 91% of women are unhappy with their bodies. Most of these women accredit their discontent with their appearances to the way the media portrays the female body. Women see edited pictures of other women in the media and assume that is what the world considers to be the ideal woman. They see skinny girls with perfect skin everywhere they look: on billboards as they go to school, on their phones when they check social media, and on their favorite TV shows. Most women feel that the media believes weight is the most important factor in determining a woman’s attractiveness which results in insecurities about their own weight as a result.
This pressure for women to look a certain way can also come from the men in their lives. As senior Claire Karges put it, “Boys see all of these beautiful models in magazines and stuff and the models don’t even look like themselves and then boys are like ‘Oh, so that’s how girls look like’ and then they see what actual girls look like and they’re disappointed because their expectation wasn’t met.” Women then feel inadequate because they’ve “let down” the boys by not looking like photoshopped models.
However, poor body image is definitely not only a “women’s problem”. An estimated 10 million men are affected by eating disorders every year. Male models are photoshopped just as much as their female counterparts and many men feel inadequate because they don’t look tall and athletic, like those models. Men often think their gender shouldn’t be insecure. Trying to change their body through dieting or exercise isn’t seen as a reflection of their low self-esteem, but as trying to get in shape, which is praised.

However, many men are dissatisfied with their appearance and face many of the same issues that women do in that area. As Sam Campion put it, “There is an equal amount of photoshopping on men and women in the media, but they can’t talk about it as much as women.” This is because society believes men should be confident, however, it’s okay for women to be aware of their flaws and want to change them.

Having a “negative body image” isn’t only “low-self esteem”. This is an issue that has real physical and mental consequences that have the potential to cause long-term harm. These consequences result from things such as eating disorders and mental disorders.Eating disorders are a lot more prevalent in society that we’d like to think. Around 1 in every 100 girls suffers from anorexia nervosa, a mental disorder that causes a person to starve themselves because they think that will never be thin enough. There are many effects of anorexia such as:
– Excessive weight loss, starvation, possibly death
– Slowed heart rate
– Low blood pressure
– Reduction of bone density- can lead to breaking of bones
– Muscle loss or weakness
– Dehydration, which comes with headaches, dry skin, nausea, etc.
– Fainting
– Dry hair and skin, which then can flake off
– Lanugo, an extra layer of hair grown over the body as it tries to keep itself warm after the weight loss
– Possible inability to conceive children, lower fertility

Another common eating disorder is bulimia, 4 in every 100 college-age girls have developed this mental disorder, which involves vomiting their food in an effort not to gain weight. Some effects of bulimia are:
– Weight loss, starvation, possibly death
– Irregular heartbeats- can cause heart failure/death
– Gastric ruptures from excessive vomiting
– Inflammation of the esophagus
– Tooth decay and tooth staining
– Constipation
– Peptic ulcers
– Pancreatitis

Though it isn’t as commonly talked about, men suffer from eating disorders as well. Between 10-15% of people with eating disorders are male. Men struggle to feel attractive, just as women do. Usually men develop bulimia, but they don’t receive treatment because it is assumed that they are “just trying to stay in shape.” Women have more access to help because of the stigma around men with eating disorders.
When people dislike the body they’ve been given, they often transition to disliking the person inside it. Anxiety, depression, substance abuse, and excessive exercise can all be caused by negative body image. People have died because they can’t see the good things about their bodies. 20% of the people who suffer from eating disorders die, if they don’t get treatment.
We need to become more concerned with being healthy than being beautiful. All bodies are beautiful, but we must know that not all bodies are healthy. There is a point where being too underweight or too overweight causes health problems that can endanger your life. We cannot let people hurt themselves because we are afraid to make them feel ugly. Some things — like staying alive — are more important than feeling pretty.
So how can we learn to love the bodies we’ve been given? First of all, the photoshopping and modification of people in the media should be toned down. If people see the human body as it is, without enlarged or shrunken features, they’d begin to understand that the models in magazines and on television are people just like them. They just happen to have a different body. Magazines shouldn’t make models waists skinnier or their hips unnaturally large. The models, just like the people who view them, are beautiful the way they are. If models, who typically diet and exercise much more than the average person, still need to be edited, what message does that send to the people who see them on billboards and in commercials?

That level of “perfection” simply isn’t attainable, even for the people who seem to look that way. Different body types are all beautiful and there should be more representation of all skin tones, heights, and weights in fashion, cosmetics, and other advertisements. As a society, we need to stop associating a certain body type with the word “beautiful”. Not only women with long, curvy bodies are beautiful, just like tall, athletic men aren’t the only attractive types of men.
That being said, it is not only the media’s responsibility to make us feel like our bodies are normal or beautiful. We need to develop critical thinking skills, so we can see modified images and not think that is the ideal or normal body. As Eleanor Roosevelt once said, “No one can make you feel inferior without your consent”. We need to be able to look at pictures and movies and still be able to look at ourselves and say, “That isn’t what I look like. But the person on that screen and I are both beautiful.” It’s not a competition.